The Hilarious Verse and the Terrible Truth About TV 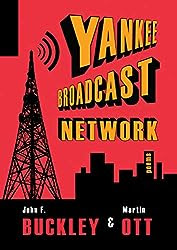 Poetry has always dwelt in strange neverlands, caught between today’s commonplaces and an idealized, probably allegorical past. Poets address today’s needs using bygone methods. From Homer to the medieval troubadours to modern MFA workshops, poets have always somehow not belonged to the present. Therefore, despite repeated pronouncements of poesy’s long-overdue demise, poetry today, if anything, matters more. Barraged by media messages and ever-shifting issues too fast to comprehend, we’re all somehow outside our time anymore.


When even the walls began to turn on each other
and kids kicked around skulls in the wreckage for fun,
from skin to sin they sought to sell us things, and so
advertising was born again. Who can forget Zom-B-Gone

with its blend of seventy-three special herbs and
pesticides, able to repel hordes of undead salesmen
and make scorched lawns lush once more? Doesn’t
everyone still hum the jingle from Crazy Ed’s Eyeglass


Tornado week features The Traveling Travails
of Tracy, a ragdoll that flew from Tulsa to Tallahassee,
her left arm torn when it toppled a telephone pole
in Mobile, Alabama, the snapping of the pretty hem

on her tiny gingham dress sawing Baton Rouge oaks
into splinters. Will she and eight-year-old Stacy,
her newly homeless owner, ever be reunited?
Tune in Tuesday at 9PM for a whirlwind adventure!

It’s easy to recognize the time-delayed rubbernecking popular from cable TV, the hackneyed “History” Channel train wrecks too real for parody. Yet these poets capture not only the voyeuristic excess and shameless hucksterism behind the shows themselves, but also our childlike will to permit such content into our homes and minds. This perversely symbiotic relationship between producers and audience informs poems like “Better Living Through Television” and “Television Through the Ages: a Smithsonian Walkthrough.”

Buckley and Ott experiment with forms. Besides formless free verse, traditional techniques like sestina, ghazal, and terza rima appear periodically. Many of their best poems have lines too long to excerpt for review. Images which originate in one poem reappear elsewhere, giving the collection a Sherwood Anderson-like internal consistency. For example, Hayden Smunchner, evolves from promising talent, to vulgar, fawning huckster, before appearing one final time, in the painfully topical “Fireside Chat”:


The fireplace has been replaced by a TV
cracked open like a dinosaur egg, a blue
flame flickering inside the screen. President

Smunchner, half-ruined face still swoon-worthy
from the right, patiently waits for the drums
to subside, for children to trust they won’t be

eaten. The purple mountains proudly wear
their scars, the length of battlefields smoking
onscreen like Tinseltown toughs. His voice

is low, clear, reasonable—there’ll be extra
rations for rebuilders. His words are not
important; they rarely are. He has taken

>the country as a bride, the smoldering
dream of courtship denied...

Reading this surprisingly funny condemnation, we progress from cognizant laughter, to squirming amusement, to undeniable realization: if TV does this to us, we’re willing participants. We’ve chosen the passive path, while producers like YBN merely sell what we’ve already purposed to buy. Like all good, timelost poets, Buckley and Ott ultimately don’t write about TV; they write about us.
Posted by Kevin L Nenstiel at 5:30 AM